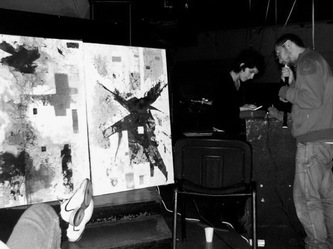 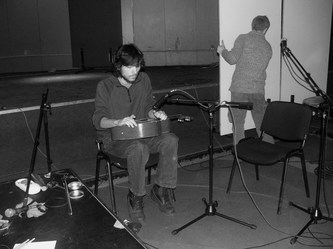 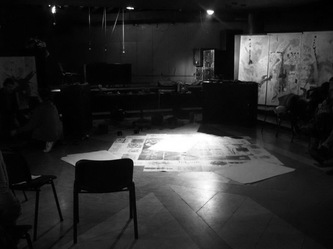 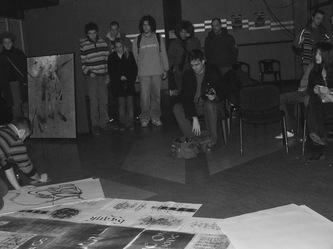 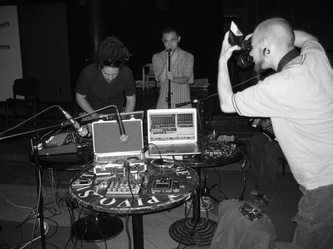 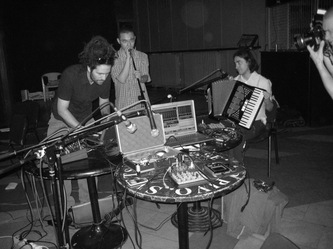 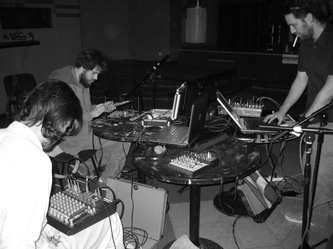 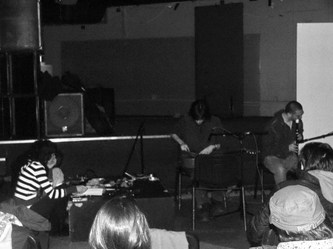 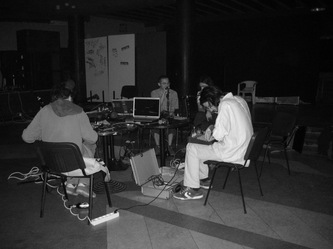 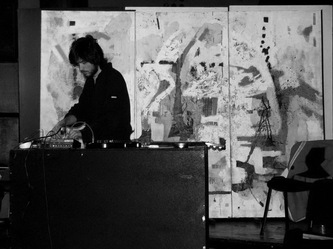 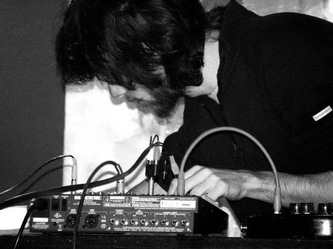 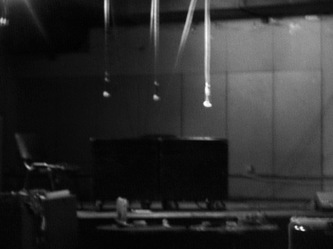 This is the program that I have conceptualized and organized together with Ana Gnjatovic and the assistance of many friends, in Student Cultural Center in Belgrade during the few months in 2008/ 2009. The event was taking place once or twice a month. The idea was to create a gathering spot for artists of different kind, who could collaborate through a collective improvisation or in interaction with audience. We were oriented mainly towards the live experimental music which we performed in a form of collective improvisation using all kinds of electronics, prepared instruments, voice etc. Some of the things which were performed in this program are: Steve Reich’s “Pendulum music”, presentation of the work of Henry Chopin (documentary video), exhibition of some of the Fluxus works, installations made of scores and audio examples of Kurt Shwitters, William Burroughs, etc. With the special permission of the author, we have also performed Hans Koch’s piece “More and more” for laptop orchestra. 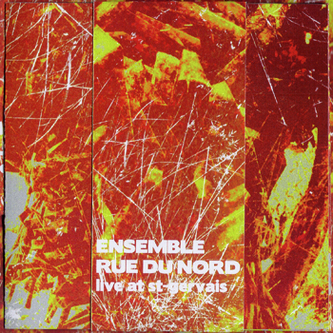 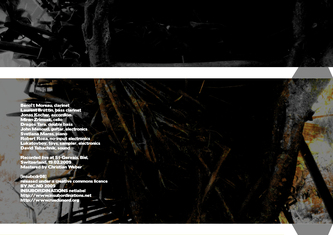 Project „Swiss-Balkan Creative Music“ was started in 2007, and it’s aim was to establish a communication between Swiss artist and musicians from the Balkan region, through the serries of improvised music workshops, concerts and tours where these musicians would perform together. In the year of 2009, the project was realized as the two week tour in Switzerland, where three of the musicians from Serbia performed with ensemble „Rue du Nord“ at different venues for contemporary music. I was a pianist, playing prepared piano and objects. 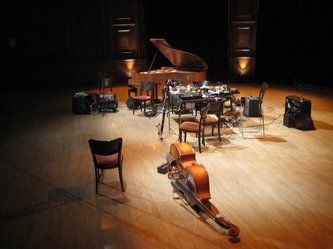 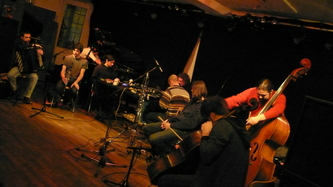 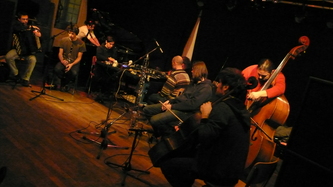