​​FREE DOWNLOAD: ​Nymphaea / Word of mouth ​
POST-EXCAVATION ACTIVITIES Electro-acoustic, radiophonic, 2020
"Morkanjac" composition prize awarded by the Serbian Composers' Association
Svetlana Maraš · Post-excavation activities (teaser)
MORE INFO...
The piece is based on a fictional scenario where I found some lost recordings produced on the unfamiliar media and I'm working with that as a main idea. I was questioning how do we represent in sound, the materiality of the media that we find to be old or even long forgotten. Produced at Electronic Studio - Radio Belgrade, by using EMS Synthi 100 and computer setup.
LINK
RADIO CONCERT NO.2 live performance for EMS Synthi 100, magnetic tape and computer setup, 2021
One of two Radio Concerts, produced at Radio Belgrade's Electronic Studio.
More info
Svetlana Maraš · Radio Concert No.2
Premiered at Espace Multimedia Gantner, Radio Belgrade, OUTRA festival, Heroines of Sound
Produced, performed and recorded at Radio Belgrade's Electronic Studio in April 2021

L'ampleur du souffle spatial electro-acoustic composition, 2020
The work was presented in ambisonics, binaural and stereo formats. It was composed for an interactive environment, and the sections (structure, duration) were open. This is one of its rendering (structure and format-wise), made for the presentation at Radio Belgrade in 2020.
Svetlana Maraš · L'ampleur du souffle
MORE INFO
To breathe, is to activate a certain space. Short breaths, deep breaths, dying breaths or sensual ones - they evoke variety of features and peculiarities that the breath embodies. Breath is also a precondition of voice, and further, of a spoken word. Paving the path for every physiological and philosophical activity, breath is essential to all we do and all that we are.
Auditory situations in this piece are fluidly changing from one to another in a constant fluctuation and transfiguration of the musical material. Acoustic spaces inside of which the music is being situated, give room for the sounds to appear, to change and disappear, develop and transform, and inside of these spaces, the ear can swift freely from one sound object to another in a spatial and non-linear listening experience.
Commissioned for the Tingles & Clicks project by the Musikprotokoll 2020 and supported by the program "Creative Europe" of the European Union and SHAPE platform
​TIMEZONES - Episode 2 cut-up composition, experimental radio feature, 2020
​Electro-acoustic composition based on the interviews with artists: Mara Micciche, Branko Džinović and Vukašin Đelić, my close friends and collaborators, who have never met each other. They live in three different cities - Šabac, Belgrade, Zurich. Their stories as well as their sounds, intertwine throughout the piece modified and accompanied by the sounds of my own, all of them creating an ensemble of voices, sounds and musical fragments deriving from diverse set of musical practices by each of us. Second episode in the TIMEZONES series produced by the Norient.
​
​
​CHAMBER MUSIC for accordion with electronics and violoncello, 2020
Premiered by Branko Džinović (accordion, electronics) and Aleksandar Latković (violoncello) at Belgrade Philharmonic Hall, March 2020
​Software and controllers: Ableton Live, tablet with TouchOSC app, MIDI pedal
STEPS Album, electronic 2020
RADIO CONCERT NO.1 Live performance for EMS Synthi 100 and computer, 2018
Composed and performed for the re-opening of Radio Belgrade's Electronic studio
Premiered on Radio-television Serbia, March 2018
MORE INFO...
This piece was made for the purpose of the official opening of the Electronic Studio Radio Belgrade, on March 2 2018. The performance took place in Electronic Studio and it was broadcast on national radio and TV simultaneously. The audience could follow this and the rest of the program, live in one of the Radio Belgrade's studios.
Electronic Studio Radio Belgrade was re-opened after over 25 years of stagnation. Opening and most of the programs of the studio at this point are concentrated around the restored synthesizer EMS Synthi 100, that has been brought back to life in September 2017 by the team of experts - Daniel Araya and Jari Suominen.
My computer setup for this piece was based on the TouchOSC interface, Pure data patch and Ableton live. Improvisational dialogues between Synthi and computer were done through a dynamic interactive interface on my tablet and tweaking of the Synthi sounds live and playing with their parameters. I haven't used Synthi's sequencer (or a computer sequencer), but rather variety of key triggers, joysticks and envelope shaper trapezoids. Due to a wide frequency range, it's not advisable to listen to this recording through a laptop speaker or similar. This is my first use of the modular synthesizer in live performance and/ or composition.
​​
DIRTY THOUGHTS for ensemble and live electronics, 2015
​JEZIK Electro-acoustic, cut-up, radiophonic 2016
MORE INFO...
​Језик, pronounced Jezik and meaning “tongue”, but also "language" in Serbian, is a composition made of 11 short pieces, each being centered around the theme of human speech. These are short studies in language articulation, utilized by musical means. In a broad sense, the subject of the work is language as represented by human voice in a post-digital soundscape. Behind the computer screens, in the virtual space dominated by text and images, speaking voice as representation of the body, of the self, becomes modulated by the technology and deconstructed to the level of malfunction (glitch). Just as our attention is being dispersed due to the multitude of simultaneous events, the language (or the ear that perceives it) in the same way reaches the ultimate fragmentariness. This was the reason why in the selection of materials I worked with, I predominantly focused on very short cut-ups of variety of voices, with emphasis on paralinguistic elements from which I carefully moved towards larger units. I found musicality in the smallest cracks of speech and meaning, and I made the language struggle for its existence through many musical obstructions.

REVOLVING AROUND AND PAIRING UP WITH Cut-up, electro-acoustic composition 2016
IT'S ABOUT SPY STATIONS for voice, electric guitar, computer keyboard, bass clarinet, objects and live electronics, 2009
Recording:  Ensemble Studio 6 and Svetlana Maraš at Gallery U10, Belgrade, December 2012
​Premiered by the Loos ensemble and Svetlana Maraš  at Vilnius European Capital of Culture, September 2009, Lithuania
DESIRE Cut-up composition 2015
​Commissioned by NORIENT for the «Seismographic Sounds – Visions of a New World» exhibition
Composed by Svetlana Maras with sounds/music/words by: Umlilo, Kate Wax, Mykki Blanco, Rona Geffen, La Gale, Marcel Dettmann, Yemi Alade, Mashrou Leila, Hans-Eckardt Wenzel...
MORE INFO...
The Norient exhibition «Seismographic Sounds – Visions of a New World» shows and discusses contemporary video clips, tracks and Sound Art from around the globe. Following the six topics Money, Loneliness, War, Belonging, Exotica and Desire, the visitor explores the exhibition as an audio-visual composition.
​
"Musicians and Sound Artists all over the world make themselves heard through Soundcloud, YouTube and Twitter. Their tracks, video clips and audio collages challenge known forms and ideals and propose Visions of a New World. They offer surprising, smart and provocative perspectives that are simultaneously reduced, salient and profound. Norient highlights these contemporary artistic positions and argues about their potential and limits with journalists, bloggers, artists and scholars from different places and cultures of knowledge. The exhibition further introduces people behind the scenes in experimental audio podcasts. The exhibition counters pessimistic views that globalisation and digitalisation has led to cultural uniformity and the destruction of the world’s musical heritage." 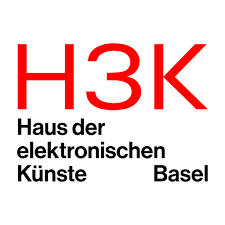 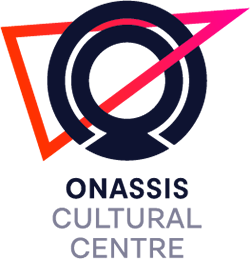 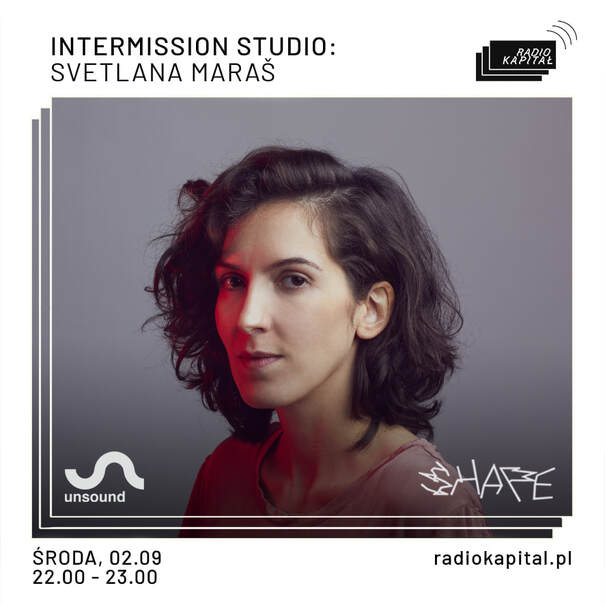 North American premiere at MoMA, DocFortnight 2020
* Best film at Beldocs - International Documentary Film Festival 2020
Told through a masterful soundscape of words, music, and effects, Marija Stojnić’s documentary is a paean to Radio Belgrade, one of the oldest radio stations in Europe and the only surviving station in Serbia to offer rich cultural, scientific, and topical programming. Drawing upon 90 years of archival sound, including radio dramas and talk shows, the film evocatively recalls Yugoslavia’s golden age of radio broadcasting even as it portends the public station’s uncertain future in our increasingly authoritarian times.
​​
AUDIO - VISUAL INSTALLATIONS​
​FOUNDRY OF POEMS / LIVNICA PESAMA
by Deana Petrović
Immersive multichannel audio-visual installation
​6-channel video, 4 channel sound
Premiered in 2017 in Belgrade
Video footage - from the archives of Radio-Television of Serbia, Department of historiography Trezor, Archive "Večernje novosti", Museum of Yugoslavia
www.foundryofpoems.com
Large-scale multimedia installation, made of video projections and multichannel sound. It takes abandoned industrial space and turns it into immersive sensory experience, inviting the audience to re-inhabit this hybrid space by moving freely through the installation. The main actors of the videos are workers-poets. Their poetry deals with the deep existentialist questions of working-class life and the position of the worker as individual in the production chain. ​​​To create a hybrid space, we are using a system for spatial (mapped) video projection and 4-channel sound system. ​
EXHIBITIONS
​ 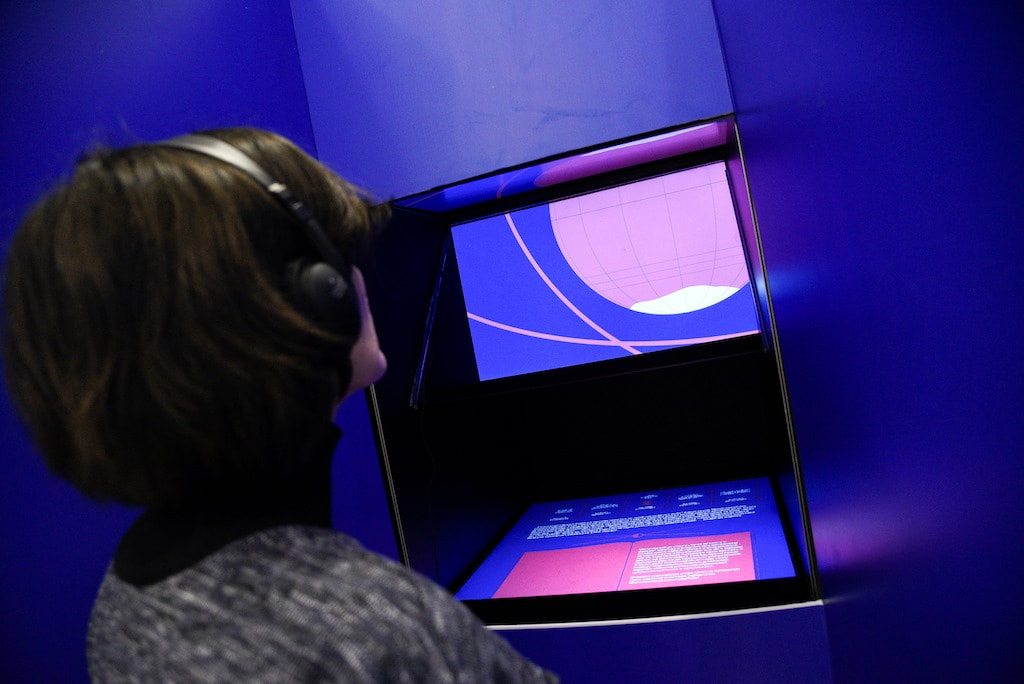 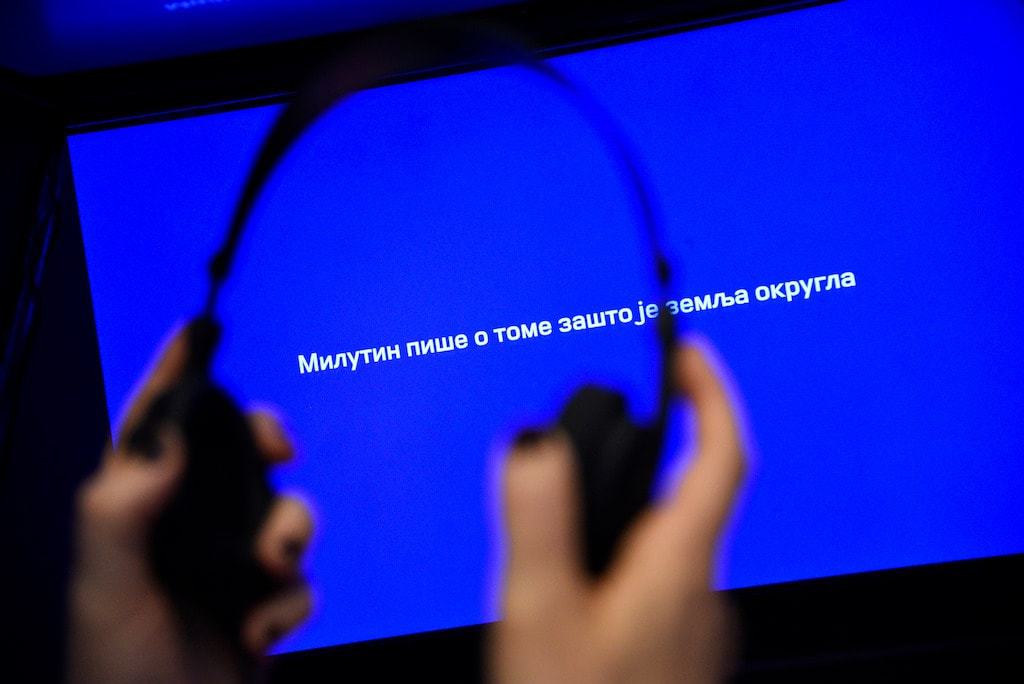 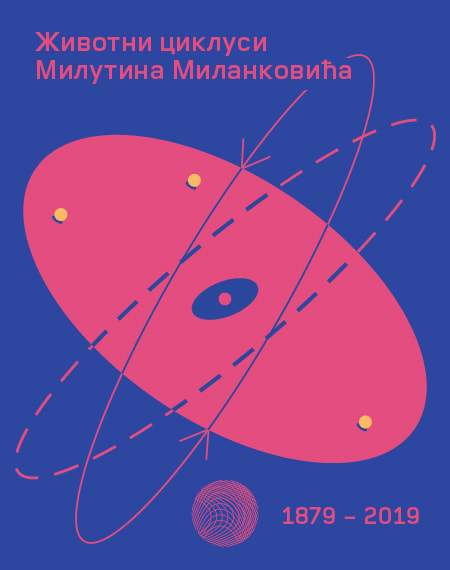