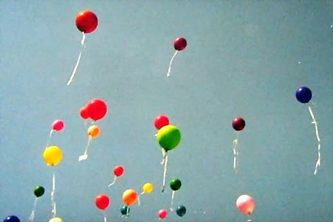 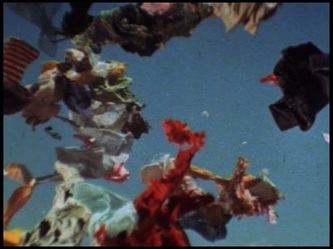 "And the words began washing from side to side of her mind, and as they washed one red, one blue one yellow, lit up the dark of her mind."
Video (text) projection: Virginia Woolf excerpt from "To the lighthouse"

Sample spaced by svetlanamaras
Duration: 8min.
Sample space is a term used in probability theory to define a set of possible outcomes of an experiment or observation which can be repeated numerous times under the same conditions, just like composition can be performed again and again with the use of musical notation. Definite sample space consists of a certain number of possible events. In the same way, the sample space of this piece is made of three musical events combining the elements of music and text. Three parts of a composition named: “Coincidences”, “Truisms” and “Contradictions”, tell about different ways in which these elements are employed to create a certain meaning.

Text plays significant role and the flow of narration has been directed with the equal influence of both words and music. Truisms by Jenny Holzer are chosen for giving me the possibility to treat text as object, to apply it to the piece of music the same way it can be applied to a t-shirt or a billboard. With it’s ambivalent nature, Truisms can turn the direction of musical flow or simply act as a comment to what’s happening in the instrumental part. In the same manner are treated definitions of sample space taken from philosophical encyclopedias – at one point the text is being informative, and in another, meaning is gradually extracted and what I play with is the musicality of words.

This piece is a fusion of text, music and image that leads us through the exploration of the abstract field of “event”, with the occasional sense of self-parody. This is a sample space of a compositional process made of words and sounds where the final effect can result equally in meaning or absurd.